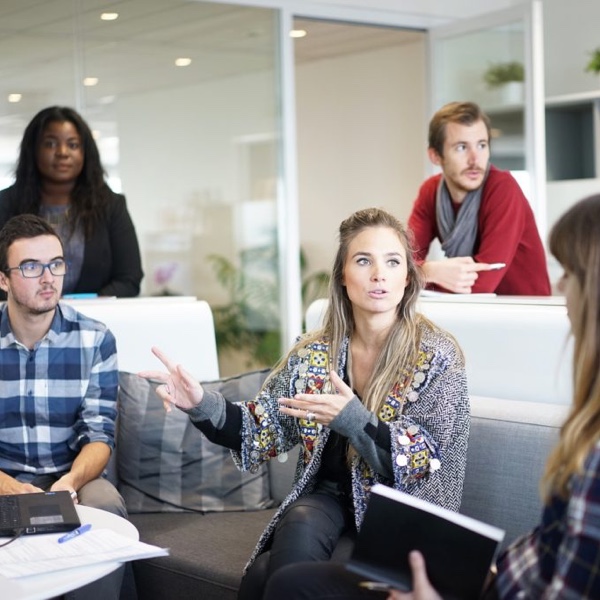 Stop Teamwork Conflict and You’ll Kill the Next Big Idea

So you have teamwork conflict. Well, I’m going to be blunt here. If you’re someone who hates conflict and prefers a nice harmonious coexistence in your workplace, you’re likely closing the door to teamwork and creative thinking. And if your company’s vision is to avoid change, you can take comfort in knowing that without disagreements, you can pretty much expect status quo.

Face it, avoiding conflict and rejecting change means you are probably not moving in a forward-thinking trajectory. Think technology and science, which are driven by conflict. They are a hot battleground for different ideas and discoveries, being challenged all the time.

Conflict in teamwork is part of life!

Reality check! Conflict has been around since the beginning of time. Intense battles over land, resources, and power are still a part of our lives today. And although most of us would love it if we could all play nice, that vision of peaceful bliss, especially in the workplace, is not realistic and is down right unhealthy for progress. Look around your own workplace. Is everyone wearing a smile and holding hands? Or, are you aware of some grounded disagreements among team members. If you have inventive and clever people on the payroll, you should be able to find conflict in just about any department.

But teams are supposed to be collaborative and move together in one cohesive direction, right? Who out there has the poster of that group all rowing a boat in the same direction?

As humans, we are not all on the same page. We have different personalities, interests, life stories, values, cultures, and perspectives. No wonder there’s conflict! And as workplaces become more diverse, the likelihood of clashes naturally increases. It would be ridiculous to expect perfect harmony when we’re all thrown together under the pressure cooker of daily decisions and looming deadlines. We’re not robots, after all (well, not yet).

Fortunately, varying viewpoints and information may be just what your teams need to perform at optimum levels. If every individual on the team thought the same way about designing a new process or product, without first wrestling through opposing viewpoints, chances are they may be missing something. In fact, some experts feel that without conflict, teamwork could be muted as your teams are simply thinking in one direction to possibly avoid arguing.

Conflicting ideas can be valuable in working teams.

So what type of conflict are we talking about here? There’s a long list of causes for workplace conflict. It can come from interpersonal relationships, bullying, personalities, harassment, etc.  Of course, most of these will need to be handled by HR. It’s the thinking, cognitive type of conflict that is valuable to teamwork. It’s the collision of ideas and perspectives that could even threaten teams if members fail to communicate their differences and come to a compromise. The ability to talk through their disagreements and ideas is the right kind of conflict especially in an environment that encourages discussion without ridicule or negative consequences. This safe environment allows teams to wrestle with the advantages and disadvantages of ideas with the intent of coming to a successful resolution.

Lesson from the NASA.

Avoiding the right kind of conflict can be risky. Ultimately, without dealing with disagreements and the ability to question others, teams might find themselves faced with faulty assumptions that can render them ineffective and lead to disastrous results. For example, in spite of engineers recommendations to delay the 1986 Challenger flight due to cold temperatures that could make the flight risky, the launch continued as planned, killing seven. According to the Accident investigation, “The organizational structure and hierarchy blocked effective communication of technical problems. Signals were overlooked, people were silenced, and useful information and dissenting views on technical issues did not surface at higher levels. What was communicated to parts of the organization was that O-ring erosion and foam debris were not problems.”

So, embrace the disagreements with some tips to keep conflict in check and yield the best results:

Encourage open-mindedness of all team members to allow a healthy exchange of ideas. You might be surprised where the next big idea comes from or how many times a bazaar concept turns into something amazing.

Without getting into a discussion of psychological roles here, it’s a good idea for teams to consider each other’s vantage point. For example, a team made of sales personnel and accountants will probably see things quite differently in a budget discussion. Finding a resolution will require listening to and understanding each team member.

Establish structure and procedures of discussion.

Let the conflict flow in the form of healthy discussions, but not without grounds rules that demand respect and consideration of all team members’ ideas. Resolve to establish next steps in moving forward. Another lesson learned here from NASA’s Challenger disaster, “With no ground rules or procedures to guide their discussion, the participants automatically reverted to the centralized, hierarchical, tightly structured, and procedure-bound model used in Flight Readiness Reviews. The entire discussion and decision to launch began and ended with this group of 34 engineers” states the Board of Accident Investigation. Unfortunately, the Challenger launched the next day.

Identify areas of agreement and disagreement.

Require teams to layout the keys points of where they differ as well as the points they agree on. Defining these will help them work through conflicting ideas and lead them closer to common goals and optimum results.

Work through conflicts with a plan.

Having a plan will keep the team on course and move them toward a resolution. Seeing the plan through will help to determine the best path for the team based on objectives and priorities. It will also provide a road map for future issues.

Let teams express their ideas, no matter how different or unlikely to succeed. It’s important to each team member that their voice is heard. This will avoid misunderstandings and future conflict of the wrong kind.

Of course, don’t intentionally incite conflict. Disagreements, when on topic, are a natural part of the workplace. Just be sure there is respect among team members to consider each other’s roles and differences in thinking. Successful teams are able to trust each other, to discuss their ideas and perspectives without fear, and to move forward with a sense of clarity as they share common goals.

Let the Bitbean team help you with your software development needs. Contact us today. 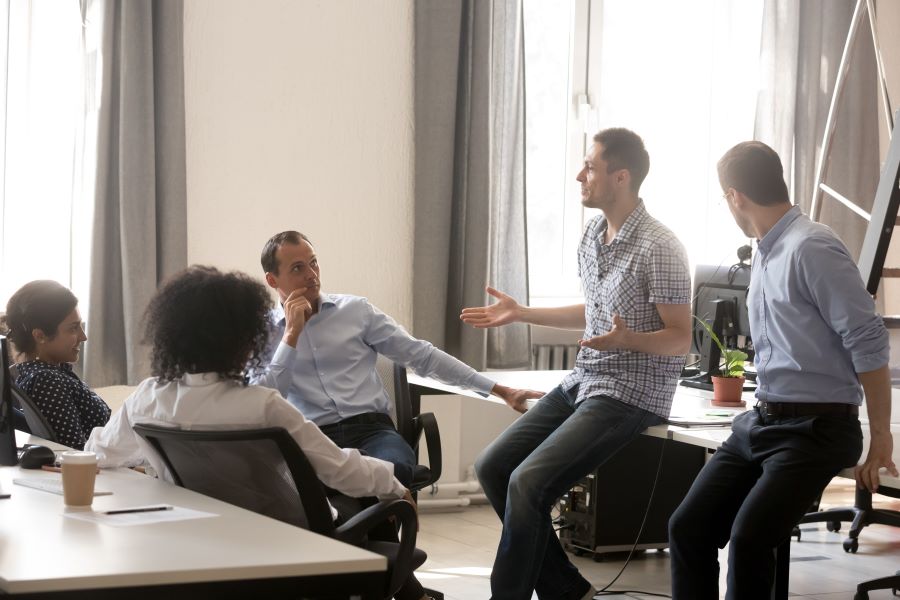 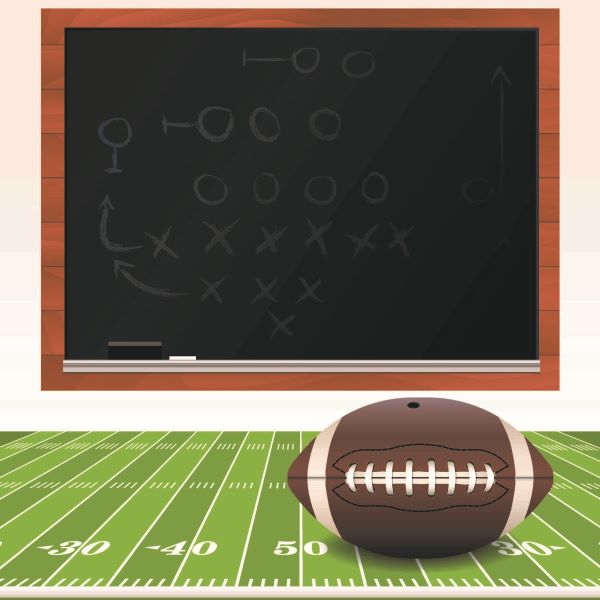 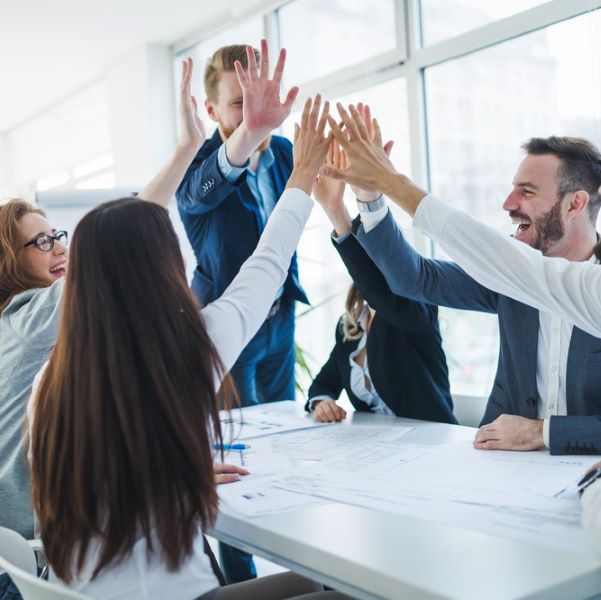 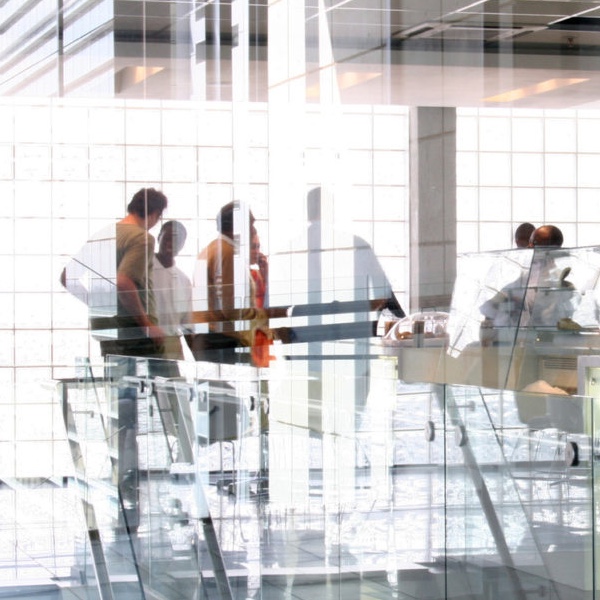 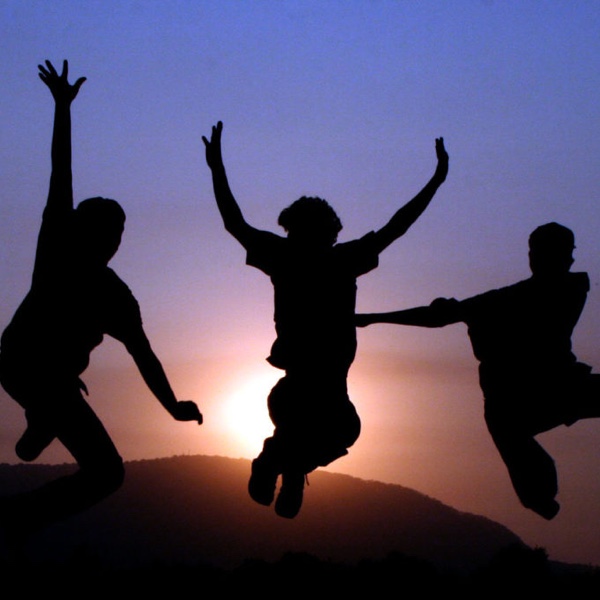