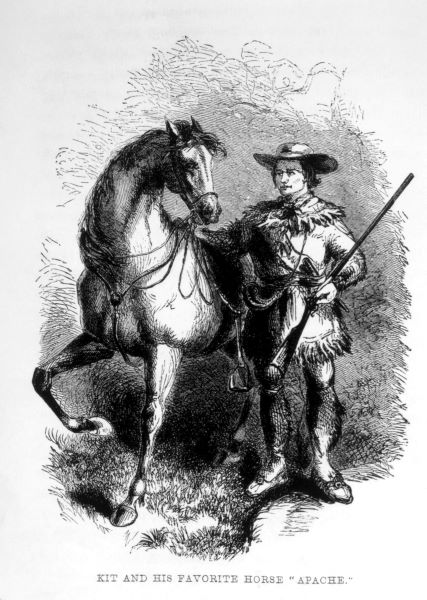 America was built and continues to be built on entrepreneurship. It’s in our DNA.

I’m a history buff, particularly American history. Going back to the early days of the Pilgrims, onwards to the French and Indian wars, the American Revolution, the opening of the West, the building of major cities, there’s one commonality. Individuals had dreams. Dreams to do better for themselves, to do better for their families, to build for future generations. To achieve those dreams, they were tested in ways that at times defy comprehension. Yet they forged on.

Did they achieve their dreams? Some yes, some no. Sometimes awesome success, sometimes devastating failure.

Survival of the toughest

I mention this because of my recent interview with Justin Goodbread of FinancialySimple.com. He’s going to laugh out right when he reads this but having just come off an exceptional biography of the famed Mountain Man and trail blazer, Kit Carson, I see a parallel between the two.

Most readers will have no or only a vague image of Kit Carson. I’ll just focus on one point. He survived bear attacks, Native American attacks, brutal winters, and all the fearsome challenges that the mountains and the plains of the untamed west could throw at an individual. Carson had the skill and fortitude to not only survive but to be able to teach others how to survive, including the US Army and US Cavalry.

Justin Goodbread built and sold a successful business. He set out to teach others how to survive the difficulties and overcome the obstacles. I know I’m stretching it here, but there is a parallel.

There are over 5,000,000 small businesses in America doing under $5 million. Businesses fueled by hopes, dreams, and desires to do better for the business owner, his family, his employees.

But it takes more than hopes and dreams, fortitude and guts, and toughing it up. Especially in the complex, and very competitive modern world of business. They need clarity about what they will face, the trials and tribulations, and they need guidance how to get beyond them.

They need to go with eyes wide open. Justin dishes up reality, and nails it with this thought: “For the majority of business owners, there will be months and years of struggling, but that doesn’t have to be the case today”.

The truth is dreams get in the way of success. Business is a rocky road. Many business owners are great at one or two aspects of running their business. But often they are not so great at other aspects – like the broad financial needs of a business.

My ears perked up when Justin said “So my motivation is to challenge the status quo, to arm business owners with the tools and information they need to transform their company into a well-oiled machine, which can attain sustainability and grow exponentially.”

And, Justin has an interesting route to success for himself, his employees and his clients – and it’s based on a piece of history, a strategy voiced by the Spanish Conquistador, Herman Cortes: “Burn the boats”.

Santana famously said, “Those who don’t learn from history, are doomed to repeat it.” Justin plucked a strategy from way back in history, so entrepreneurs won’t tread the path to failure today.

If you’re running a macro business, think of Justin Goodbread as your trailblazer. He exposes the reality of running small businesses. And, like good old Kit Carson, he shows you how to survive and succeed with your venture. You can read the interview here.