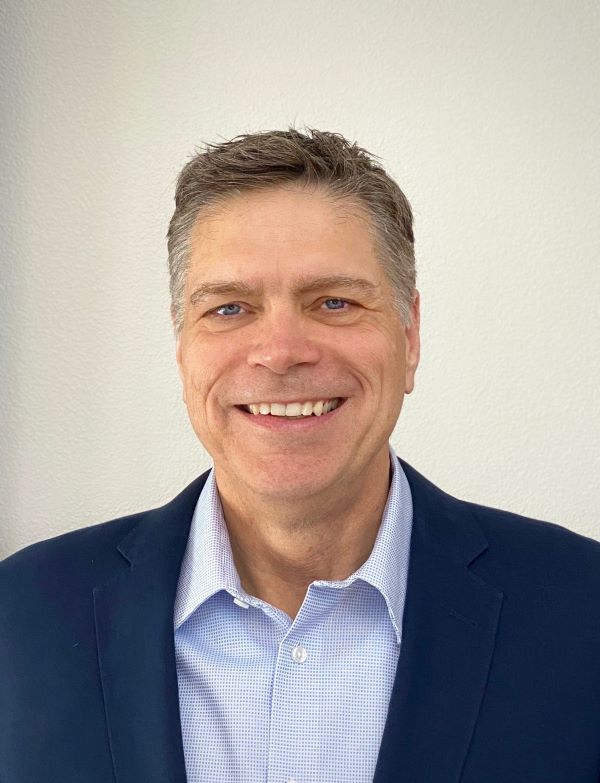 As part of our series called “5 Things I Wish Someone Told Me Before I Began Leading My Company,” we had the pleasure of interviewing Bryan Barney.

Bryan brings RedSeal 30 years of experience in enterprise-grade commercial software and 18 years in cybersecurity. He has led organizations through massive growth, from early stage to IPO and beyond.

Before joining RedSeal, Bryan led Symantec Enterprise Security Group through a transition from traditional security company to cloud services organization as GM and SVP. Prior to Symantec, he was SVP and GM of the Network Security Group at Sophos where he expanded the network security business and helped the company go public. Bryan also spent 13 years at McAfee, serving as EVP and head of product development for a broad security portfolio.

Bryan holds a BS in electrical and electronics engineering and an MBA, both from Brigham Young University.

Thank you so much for joining us in this interview series. I know that you are a very busy person. Before we dive in, our readers would love to “get to know you” a bit better. Can you tell us a bit about your ‘backstory’ and how you grew up?

I grew up in a working-class family in a little town in Idaho, not far from Yellowstone National Park. My dad was a heavy equipment operator building roads. I worked with him one summer as a laborer and it was the hardest physical work I ever did, which is saying something because I also spent several summers working on our neighbor’s farm. We didn’t have much money, but we were a close family. As you often hear people with similar backgrounds say, we didn’t feel poor. But I did have to work my way through college on a combination of academic scholarships and summer jobs. I graduated from Brigham Young University in 1988 with a degree in Electrical Engineering. I then went on to get an MBA from the same university.

What were your early inspirations that set you off on your particular journey?

My dad used to tell me to get an education, so I didn’t have to work like him for a living. School came easily to me, and my dad’s advice was easy to follow. Engineering was a natural path because I’ve always been a science geek. When I got out of school the software industry was just taking off. It was a strong gravitational force attracting anyone with a STEM background. And frankly, the early days of tech were very exciting.

I had a lot of great mentors. I started out working for Novell — a networking company that popularized local area network technology. We built a server operating system called Netware. Releasing a new version was a gargantuan task that required the coordination of hundreds of engineers. I remember some of the projects would simply stall under their own weight. I remember one successful project (v5.0) was led by two VPs of Engineering — Kent Erickson and Craig Miller. I learned a lot from them. How to keep a big project moving. How to ensure it had quality. How to hold engineering teams accountable and get them to work with each other. And they did all that without berating or abusing anyone. They never lost their cool or their professionalism.

Can you tell us a story about the hard times that you faced when you first started your journey?

During the NetWare v5.0 project, I described above, I was a development manager and owned the installer and UI. It was logistically challenging because we needed to get so many different subsystems installed and operating properly — we had dependencies on every other group. In addition, we had chosen to implement our component in Java — which was pretty new to the world at that point. To make a long story short, I didn’t manage my dependencies well and ended up being the bottleneck for this huge project. That resulted in months of late nights and weekends for me and my team.

Where did you get the drive to continue even though things were so hard?

We had a great sense of teamwork — largely because of the leadership of Craig and Kent as I described above. They were very supportive even when we were behind our schedule. My team and I just didn’t want to let the rest of the organization down.

So, how are things going today? How did grit and resilience lead to your eventual success?

I have come to believe that creating new technology is an act of imagination and determination. It is never easy to bring something new into the world. New technology is always more complicated than you initially imagine. It requires resourcefulness and teamwork, but that is what makes it so fulfilling.

What makes RedSeal so great is we understand network paths better than anyone in the cybersecurity industry. Modern networks are so complex, no one really understands them. Companies don’t understand what is on their network, how everything is connected, or the security implications. You can’t secure what you don’t understand, and we allow people to understand their network environment. This is particularly important and urgent in the cloud environments that are quickly becoming the heart of all networks.

Honestly, you have to learn to compartmentalize. That is hard in the modern world — especially in the COVID world where everyone works from home. But you have to build habits that allow you to leave the concerns of the office in the office — even if it is your home office.

How have you used your success to bring goodness to the world?

The great thing about the cybersecurity industry is it is literally our job to bring law and order to the cyberworld. Our modern world is so dependent on the internet that any threat to it is literally a matter of life and death. There are few modern business or government activities that don’t rely on safe communication across the internet. And there are huge forces arrayed to attack this critical infrastructure. The police are sometimes referred to as the “thin blue line” protecting civilization from chaos. I am not sure what color best represents the cybersecurity industry, but we form a similar line of defense.

Wonderful. Here is the main question of our discussion. What are your “5 things I wish someone told me before I started leading my company” and why? Please share a story or example for each.

Now that you have gained this experience and knowledge, has it affected or changed your personal leadership philosophy and style? How have these changes affected your company?

These are literally five of the values I brought to RedSeal when I joined 9 months ago. Luckily, I wasn’t really introducing anything particularly foreign to the group and the team embraced these ideas readily. I believe they have helped us weather the COVID storm and all the difficulties we have encountered in this trying environment.

This series is called “5 Things I Wish Someone Told Me”. This has the implicit assumption that had you known something, you might have acted differently. But from your current vantage point, do you feel that knowing alone would have been enough, or do you feel that ultimately you can only learn from experience? I think that learning from mistakes is the best way, perhaps the only way, to truly absorb and integrate abstract information. What do you think about this idea? Can you explain?

I entirely agree, mistakes are our greatest teachers. When things get difficult, I try to remember a favorite Churchill quote, “Success is not final, failure is not fatal: it is the courage to continue that counts”. I have that framed on my wall. Churchill is a hero of mine. He did so many great things, but he also made so many mistakes. Perhaps the quality I most admire was how absolutely fearless he was of failure.

Besides creating the perfectly secure computing environment, a goal that is still eluding us all, I would like to see the internet much better utilized as a tool for continuing education. A first-rate education should be within everyone’s reach for virtually free. I believe the school system, and especially the university system, is barely scratching the surface of our technical potential for online learning. We have the technology today to offer everyone an ivy league level higher education for a tiny fraction of the cost college today.

How can our readers further follow your work online?

They can find my articles on www.redseal.net.