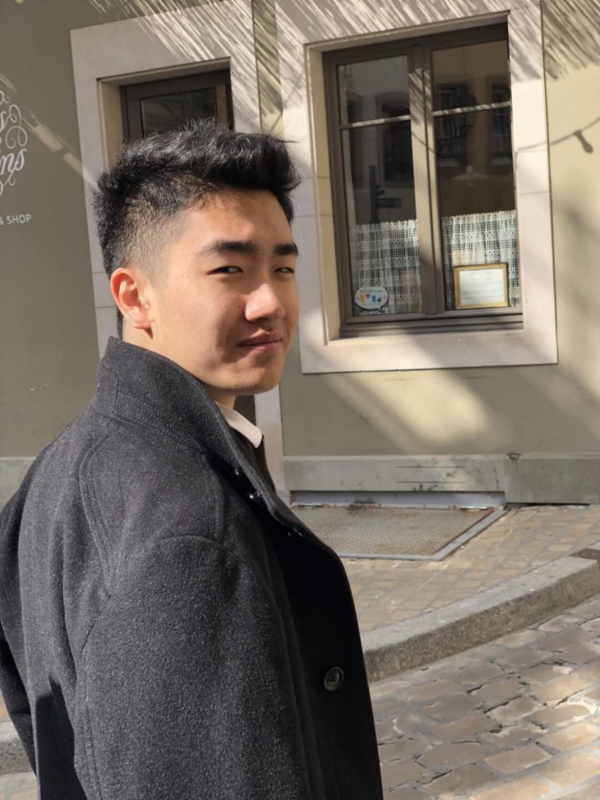 As part of our series called “5 Things I Wish Someone Told Me Before I Began Leading My Company,” we had the pleasure of interviewing Calvin Yang.

Calvin is the CEO and Head of Board of Directors to the Canadian Youth Alliance for Climate Action, Canada’s first and leading youth-led climate lobbying firm. He is also actively involved in both Canadian and American politics, having served on the national Green Party campaign for the 2019 Federal Election of Canada, Michael Bloomberg’s 2020 Presidential Campaign, and co-founded Students for Bloomberg, the largest youth-led political advocacy group for Michael Bloomberg’s campaign.

Thank you so much for joining us in this interview series. I know that you are a very busy person. Before we dive in, our readers would love to “get to know you” a bit better. Can you tell us a bit about your ‘backstory’ and how you grew up?

Sure! I was born in Toronto, Canada and grew up primarily abroad. In essence, I’m your typical “third culture kid” and had the opportunity to be exposed to a myriad of cultures and languages as I moved around the world. Although I may feel lost at times about my true cultural identity, I think this unique experience allowed me to acquire the flexibility and openness that I took into running my company. As for right now, I am a senior attending The Dwight School in New York City, stressed out about college applications like millions of teenagers out there.

What were your early inspirations that set you off on your particular journey?

Since when I was probably 5, I’ve been a big aficionado of Canadian politics and planned out a detailed roadmap of getting myself involved in the political arena. I saw politics as a method of which one can use to realize positive social changes while serving my country and its people. This passion of mine accompanied me through the years and motivated me to overcome many obstacles growing up (like becoming better at math or taking up an exciting hobby). The story of my involvement with climate activism is pretty interesting too. I grew up as a climate skeptic believing that it was a Western “hoax”. It wasn’t until witnessing many of its impacts firsthand (wading through the flooded streets of Kathmandu, witnessing the collapse of an ice shelf in the Antarctic Peninsula, etc.) that I became a climate convert and began to realize the dire need for global climate action via passing concrete legislation and policies. Taking this new cognizance back home to Canada, I decided to coalesce these two passions into one and begin my career as a climate lobbyist and started my own company.

Hahaha, there are so many! I remember our first outreach attempt to an elected official really well. I basically called into their constituency office, acting like I owned the place and deserved every bit of their unwavered attention. I got shut down pretty bad and the outreach effort was a failure. The elected official even refused to see me! They definitely gave me a good lesson on humility, haha.

This may sound cliché, but my parents, without a doubt. They’ve been out there for me ever since I decided to commit myself to politics as a kid and encouraged me to pursue my dreams while offering me the best educational opportunities out there. I’m truly grateful for their support along the way. My Board of Directors, especially my Senior Vice President, Victor; COO, Michael; and Senior Foreign Advisor, Alessandro, helped us get to where we are now. We were just your somewhat politically-aware teenagers when we started off, so we had absolutely no clue what we were doing. But everyone stayed and persevered and motivated each other to work and push harder to develop not only the skills but also the finesse one needs in politics.

Can you tell us a story about the hard times that you faced when you first started your journey?

Building a professional and dedicated team was very difficult for me. When we started, our primary recruitment method was reaching out to random friends and asking them to hop on. We then allocated every one of them at random to different company branches (social media, outreach, legislation, etc.). It was truly like herding a group of cats as nobody had any clue what they were doing. Everything was a mess. Group calls turned into me trying to yell some sense into people. It was a disaster for me mentally too as I started doubting my own leadership abilities and whether I can turn the company back up again. We ended up disbanding the company and re-forming it again.

Where did you get the drive to continue even though things were so hard?

Not forgetting the reason why I hopped into the lobbying world: to make this world a slightly better place. I call this philosophy “pragmatic idealism”.

So, how are things going today? How did grit and resilience lead to your eventual success?

My team and I actually just hopped off a call with an elected Member of Parliament to ask for her support regarding the amendments we’ve put forth to Bill C-12 (Canadian Net Zero Emissions Accountability Act). We are also meeting frequently with the political parties across the political spectrum to call for increased governmental scrutiny in regards to Canada’s emissions reduction targets by pushing for legislative amendments. I’ve been going in and out of conference calls for the past week. We’ve built a very professional and competent team composed of staff with advanced degrees in political science, lawyers, ex-campaign strategists, and paralegals and is fast becoming one of Canada’s leading voices on climate legislations and policies.

Overall, our lobbying efforts were definitely unsettled by the pandemic. Still, we hung in there and began meeting virtually to continue the work we’ve been doing. Grit and resilience played a huge part in us reaching where we are now. Navigating a confusing and sometimes treacherous political landscape as teenagers can be extremely unrewarding. As a success-driven person, every failed lobby attempt and every hanged-up call hurt me more than just a little. But I guided my firm to fight on to the end and instilled confidence in my employees that we would persevere through rain or shine.

I mean, I don’t really see teenagers doing any form of climate lobbying across both Canada and the rest of the world. In that sense, we are pretty unique. We are also entirely youth-led and non-profit. Everyone, ranging from myself and the rest of the Board members to someone working with us part-time, works for free. We want to bring a refreshing change to the lobbying landscape where we don’t work for money but instead, our vision and goals. I can assure you that putting $0 within the box for expected employee compensations in a contract is a very one-of-the-kind experience.

To the few fellow nonprofit lobbyists out there, always remember the reason behind why you threw your hat into the lobbying game and as much as how politics can get dirty and dark, always believe that the little steps you take today will lead to a better society for all tomorrow.

How have you used your success to bring goodness to the world?

All of what we do revolves around bringing goodness to the world. We lobby for amendments to existing climate legislations because we believe they are not aggressive or concrete enough to tackle climate change effectively. We also always advocate for gender balance and racial equality in whatever amendments we are drafting. These values are so important to us as we want to lead by example within the industry.

Wonderful. Here is the main question of our discussion. What are your “5 things I wish someone told me before I started leading my company” and why? Please share a story or example for each.

Now that you have gained this experience and knowledge, has it affected or changed your personal leadership philosophy and style? How have these changes affected your company?

Absolutely. After accruing all these experiences, I became a more effective and confident business owner than when I started off. Combine that with an increased understanding of Canadian politics reflected well within our company. My resoluteness gave everyone a clear sense of direction towards what they are working towards.

This series is called “5 Things I Wish Someone Told Me”. This has the implicit assumption that had you known something, you might have acted differently. But from your current vantage point, do you feel that knowing alone would have been enough, or do you feel that ultimately you can only learn from experience? I think that learning from mistakes is the best way, perhaps the only way, to truly absorb and integrate abstract information. What do you think about this idea? Can you explain?

I agree with the latter. One could only learn from experiences, especially when navigating through a very complicated field. This resonates with me on a very personal level especially when I’m reflecting on past successes or failures. I agree with your statement that learning from mistakes is the best way to absorb the knowledge you may very well be too arrogant to take in. People need to understand that everything around what one does has a certain degree of luck attached to it. Just because you successfully did something this time doesn’t mean the result will replicate itself next time.

Starting a grassroots climate lobbying movement. Make everyone involved acquainted with the importance of legislation in ensuring climate action and field massive call-in events to elected officials across the country. That would certainly bring some much needed social changes for the environment and our country.

How can our readers further follow your work online?

Pay us a visit at www.cyaca.ca or give us a follow on our re-launched @cyaca.ca on Instagram! You can also reach out to me directly if you are interested in learning more about what we do or partnering with us! 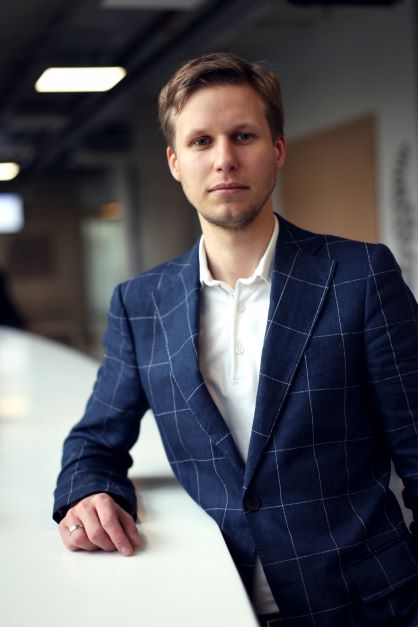 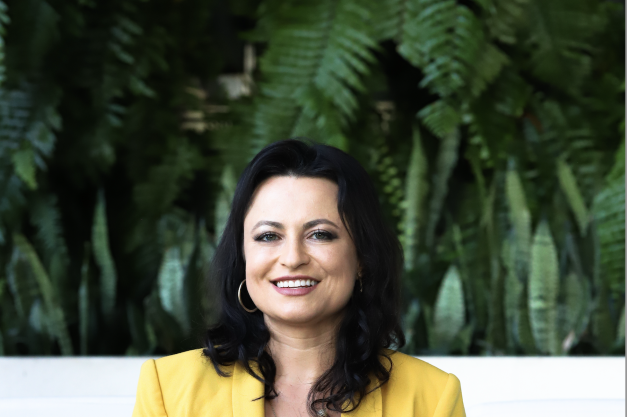 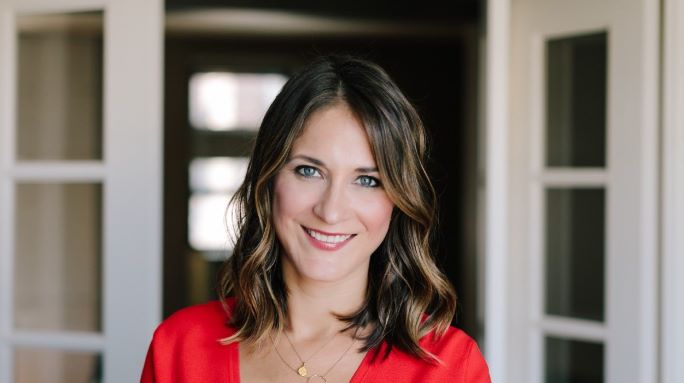 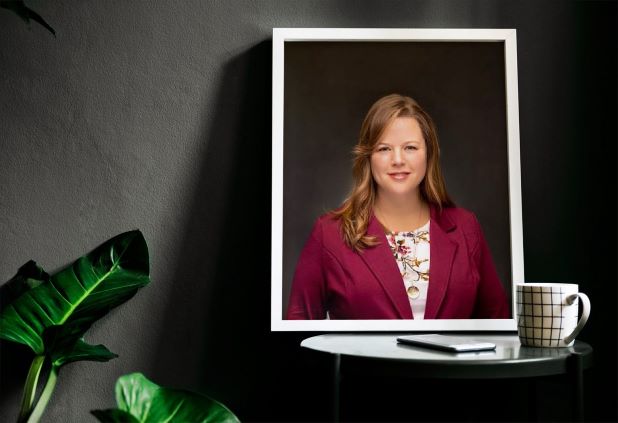