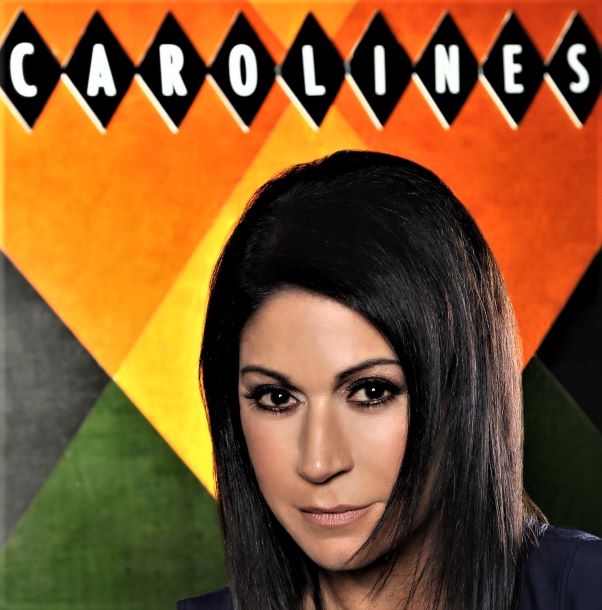 Aspart of our series about the “Five Things You Need To Be A Highly Effective Leader During Turbulent Times,” we had the pleasure of interviewing Caroline Hirsch.

Caroline Hirsch, owner of Carolines on Broadway, the iconic New York comedy venue, is a highly successful entrepreneur, producer, visionary, and innovator in the entertainment industry. During her illustrious career, her namesake comedy venue has been in business for nearly 40 years, and she founded and produces the annual New York Comedy Festival, which just wrapped its 16th year. In the early 1990s, she produced Carolines Comedy Hour for A&E and won a Cable ACE Award for Best Stand-Up Comedy Series, and Too Hot Tamales for the Food Network. In 2006, Caroline launched Stand Up for Heroes as part of the NYCF, a benefit for the Bob Woodruff Foundation, which supports wounded military veterans and their families and has raised $56 million. In 2017, she launched a production company, Carolines Entertainment, executive producing the film projects Ask for Jane, now streaming on Amazon Prime, based on the true story of The Jane Collective: a group of young college women who developed an underground abortion network which helped women get safe abortions in Chicago between 1968 and 1973; A Convenient Hatred, a documentary series for PBS tracing the arc of anti-Semitism from 400 BC to the present day which looks at world history through the lens of anti-Semitism; and Call Your Mother, a documentary for Comedy Central that explores the relationships between comedians and their mothers through interviews and clips from film and television, looking at how mothers have influenced the careers; with additional film and television projects also in the works. In 2019, the NYCF partnered with The Female Quotient, a company dedicated to achieving workplace equality, to bring a pop-up activation to the festival that included conversations featuring a diverse group of panelists, from comedic talent to media executives, that focused on diversity and equality in the workspace.

I am a native New Yorker and attended the City College of New York and the Fashion Institute of Technology. After college, I worked at a small specialty store before moving to retail giant Gimbels. When Gimbels was being sold, I left and transitioned my career to follow my passion for comedy. I opened a small cabaret club in Manhattan’s Chelsea district in 1982 with my friends Bob Stickney and Carl Christian and then it just grew from there.

Not going with your gut feeling. It is so important to trust your instincts and I learned not to second guess mine. I knew comedy was on the verge of being an explosive form of entertainment and I was right. You have to have tenacity to stay with it, even when things may not go the way you had planned. People have always second guessed my decision, especially when I first opened Carolines on Broadway in Times Square, which will soon celebrate 40 years of laughter. There are no funny mistakes.

“When I was first starting back in the 1980s, late night broadcast TV and radio was up and coming. Cable TV was new to the game and CNN, Second City TV and MTV were going on air, while Howard Stern was on the radio. It was a golden age of entertainment. Broadcasters wanted to cover this new phenomenon of comedy, including Howard Stern and David Letterman who would also interview the comedians who were performing at Carolines which ultimately helped promote the club and get the word out.

I created strong relationships with the media, and during this time, it was one of the first times the New York Post and New York Times covered comedy when those papers never really had before. It was essentially an endorsement from the media that my club was unique for the time and that Carolines had arrived.

All the press coverage that we received helped to promote the club. No one was doing what I was doing, so it was natural for people to cover us. It was one of the first times that comedy was seen as a legitimate artistic, cultural experience in New York City. It’s truly one of the greatest forms of live entertainment.”

My vision was to take a single comedian and give them a platform to improve, and by doing this we caught many rising stars. Growing up, I watched The Tonight Show. The comedians on the show would always say they were going to perform at Mr. Kelly’s Club in Chicago. I always wanted to go, and then I made it happen with my own club.

“During tough times including a global pandemic, 9/11 and other major crises, you can never give up. I have never given up on comedy. You have to find new ways to expand and market your brand.”

“No. Opening the club on Broadway in Times Square in 1992 was difficult. The building I went into went bankrupt shortly after I arrived. I just knew I could do it though. I had to remind myself that my conviction was right and that I would never give up on comedy. There was no formula for my business that someone could teach me; I just had to figure it out and make it work. I never gave up during COVID either. We were mandated by law to shut down, but I knew we would be back and would re-open and I think that there is a pent-up appetite now for comedy after such a dark period like COVID.”

“It is important to be fearless and to never show people you are frightened of anything. When problems or situations arise that are bad, I will take the time to sit back and really think about ways to fix the problem and move forward in a productive way.”

When the future seems so uncertain, what is the best way to boost morale? What can a leader do to inspire, motivate, and engage their team?

Our work in comedy definitely helps boost morale. We get excited about the caliber of talent we book and the upcoming shows. Every few days, we change comedians. This gives the team new motivation. The changing talent means we are always changing and reinventing the club to meet the vibe of the talent. And since our talent is always changing, our clientele also changes, so nothing is ever static.

“Don’t be afraid to apologize and be straight forward and transparent. It is important to give people options. We have had comics that have had emergencies and couldn’t go on with the show last minute. They are human. Things happen. But we know how disappointed fans can be. We try to give our customers options to see another show or when the comic returns, honor the tickets or refund the money.

A leader has to make the future. Things can be totally out of your control, so you just have to deal with it. Being prepared is also key.

“Believe in the future.”

Business is difficult period. When things are hard, you cannot let things slip. For example, in April 2021, we could have opened Carolines. However, we decided that we didn’t want the quality of our business to suffer, so we didn’t open until later. We didn’t open the club fully because we didn’t want our business to suffer. It is key to have quality control. Know what is possible and what your staff can handle. I have seen businesses open too fast without the support and it is a drain on everyone including the staff and the customers.

Everything I have done comes directly from the comedy business. It is so important to know your business better than anything and find ways to expand through it. First, I started with my TV show Carolines Comedy Hour on A&E network Sundays at 11pm. At first, it received a 1 rating, but then it became very successful, and I did it for over six years. Then, I started the New York Comedy Festival. Both of these endeavors were ways for me to expand the Carolines brand. Instead of franchising and opening more clubs, I started the Festival and found other ways. I didn’t want to lose control of the club and my whole life has been in New York City.”

Follow your intuition; be able to evolve and adapt at a moment’s notice; expect the unexpected; act as a problem solver; and be the steady hand during uncertain times. The pandemic has forced all of us, especially small business owners, to implement these five takeaways — almost daily. Even after living with COVID-19 for over a year and a half, we’ll likely have to continue to adapt and operate our business as we head into the fall/winter of 2021. Nevertheless, we’ve been in business for 40 years and look forward to being home to the best in comedy for 40+ more.”

“Go with your gut and never doubt yourself. Have conviction and stay with it.” 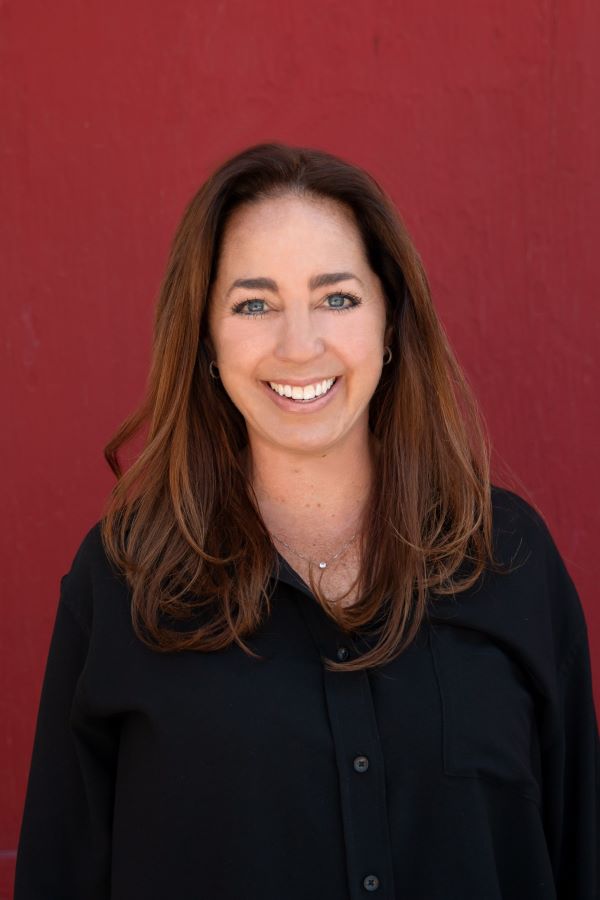 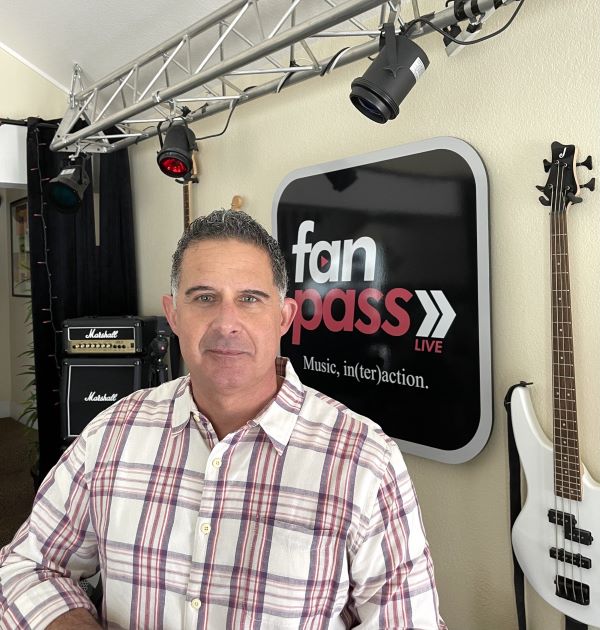 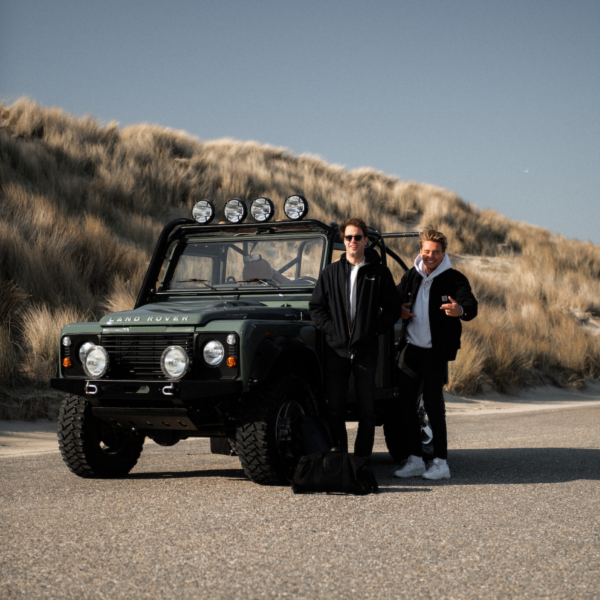