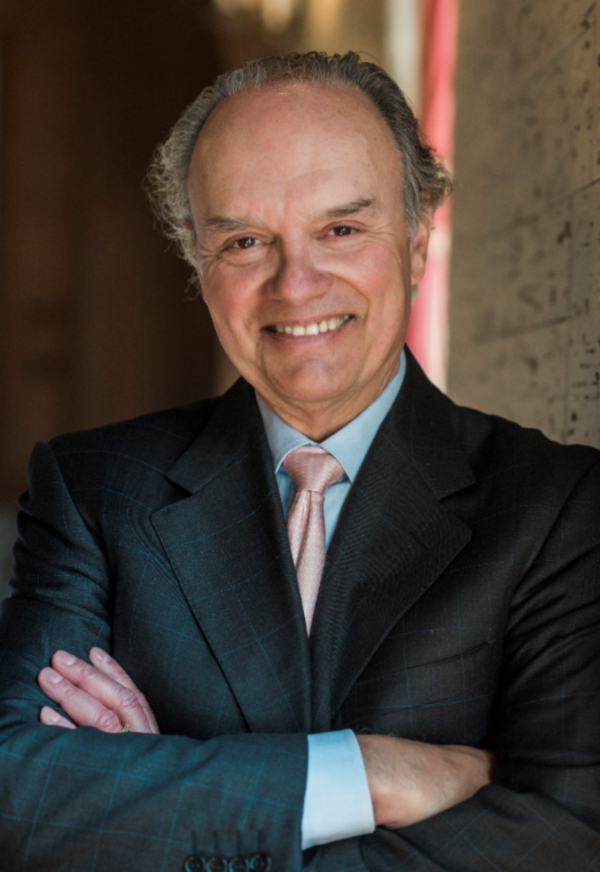 We Spoke to Dr. Peter Dean of Leaders By Design

As part of my series about the “Five Things You Need To Be A Highly Effective Leader During Turbulent Times,” I had the pleasure of interviewing Peter Dean who has over 40 years of national and international experience. He has worked in Europe and Asia for 8 years and has lectured, consulted in 14 countries. He has authored 11 books. He has been on faculty at University of Iowa, Penn State University, The Wharton School at the University of Pennsylvania, Fordham University and The American College. He holds a Ph.D. from the University of Iowa, a MS degree from the University of Pennsylvania. In 2018 Peter received an Applied Neuroscience Certificate of the Science of the Art of Coaching endorsed by ION, ICF and the Association for Coaching. His most recent book is entitled “Cultivating Leaders: How Men and Women can use the Power of their Brain to effectively lead together.

My father was a combat marine in the 6th Fleet in the Pacific during WWII. I grew up listening to many tails of leadership and bravery. Part of the message of those stories was that boys must deal with peril at a young age so they may develop as men. Never cry when hurt, sad or afraid was one message. Another message was to hide your emotions, repel the emotions of others and reject any hint of being feminine.

My mother exhibited other behaviors which seem to me to be leader-like. Giving full attention to others when listening; empathizing with the other person in an effort to understand the other person; demonstrating respect even if she disagreed with others; being open, agreeable and conscientious.

My dilemma was which style of leader should I be. The Answer was both ways of leadership.

Can you share a story about the funniest mistake you made when you were first starting? Can you tell us what lessons or ‘take always’ you learned from that?

I was asked to do a lecture at the University of Rajasthan in Jaipur, India in 1973. I knew my lecture material cold so I needed to do little preparation. I was introduced, in English, by one of the professors and I was off. I concluded my talk and received a great response. It only then became clear that the 200 students did not speak English and were responding positively out of respect. The professor wanted his students to hear English. So I guess the lesson is to know your audience before you speak.

There was a time when I was searching for my voice. That is the way in which I would contribute to the world. Yet I was very insecure and had low confidence. I knew I wanted to speak to groups of people but I was lacking something. Here I was in the military learning how to shoot and I was not confident in speaking. A gentle professor friend at Fort Holabird, during one class asked me to join him at the head of the class. He asked me to just stand there next to him as he conducted the class. Two hour later, the class ended and he called me to stay. He asked me how it felt to be in front of the class. I told him it was embarrassing at first, but I got used to seeing the students’ faces not the back of their heads. He said, you can see a lot when you see their faces and gave me an assignment to speak in front of the class next time. That one incident propelled me in the direction of becoming a professor.

Coaching men and women to lead together where both have and use empathy skills, intuition with mastery of facts.

I believe you have to convince others by being there with your presence and humility. I designed a number of masters programs in the 1980s and 1990s. Each time I started an initiative I was very attentive to the needs of my faculty and staff members. I had to be there everyday and on weekends doing what had to be done. Slowly they began to believe that there was going to be a masters program that they could teach in that would pay them a good fee. At Penn State it took three years for them to believe. For the American College it took a year before they believed. Belief is powerful.

Yes, all the time. And I did give up — but after 10 minutes I would start again!

Focus on self and others in carrying out the plan and being agreeable, open and conscientious to the changes that have to be made along the way. The leader has to see how a policy or accomplishment in the short-term and the long-term will turn out. For example, one policy change can affect the entire organization in a negative way.

Listen to learn what they are experiencing. Empathize with any emotions they are experiencing. Give full attention to them without faking it. Always show respect in conflict situations especially if you disagree with them. Plan for the future by building in their awareness what the future could hold if we just hang on a bit longer and then a bit longer after that. You have to set the standards that define the team culture.

For me it’s very simple. In sharing difficult news it’s important to be honest and consistent in delivering the message. A leader needs to accept responsibility for failure and share credit for success.

Life itself is unpredictable. A leader needs to create a vision for success and make sure his or her team are all on the same page. Once that vision is set, there needs to be an expectation that nothing will go exactly as planned. When you expect the unexpected, it’s easier to pivot when you need to.

Deal with the fear by using it to energize you to confront any obstacles you have to deal with turbulent times. Acknowledge the fear and do it anyway!

If you are firing a lot of people, check out your hiring skills.

Thinking that yelling or any other unjust behavior directed at people is forgotten.

If something goes wrong in your sphere of work, ask first what did I do to cause that to happen — even if you were not involved. Good leaders take responsibility for everyone below.

Leaders must understand the full spectrum of emotions from anger to joy. The workplace can be very emotional. It’s important to be in touch with how emotions impact the work environment.

Understand the brain differences in men and women and know that there is much more available for leaders in the skills that lay between the extremes of masculinity and femininity.

Leaders must understand the temperament of people in order to understand how they can shift as a leader to make the situation be more effective and efficient.

Learn to balance your position power with your personal power.

“If on your calling no one responds to your very good idea, go ahead alone to succeed without creating a political firestorm.”