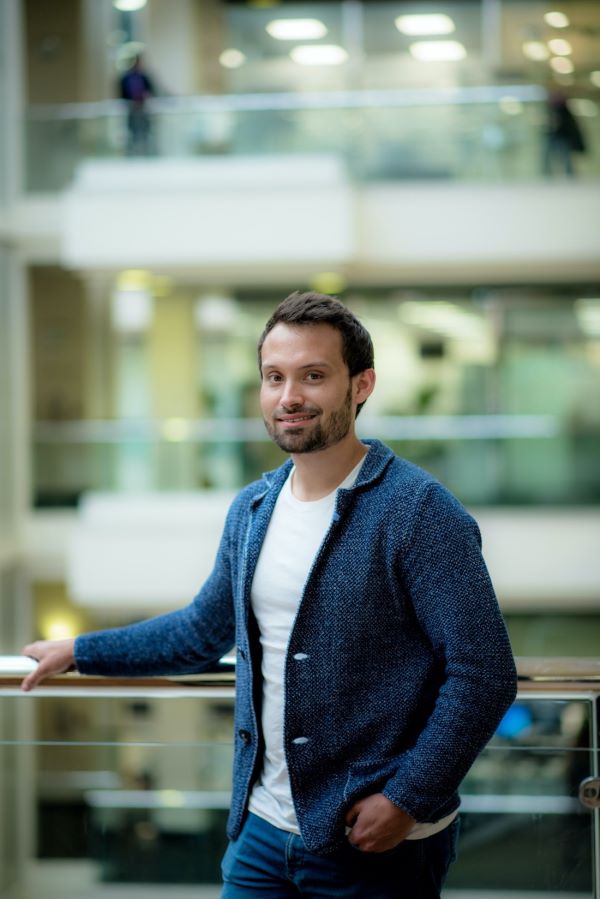 We Spoke to Dr Richard Ahlfeld of Monolith AI

As part of my series about the “How Businesses Pivot and Stay Relevant In The Face of Disruptive Technologies,” I had the pleasure of interviewing Dr. Richard Ahlfeld.

Richard is the founder of Monolith AI, born out of his research work at Imperial which involved engagements with the most demanding engineering companies. He received the 2016 award for the greatest contribution to the University by a PhD student.

Thank you so much for joining us in this interview series. Our readers would love to “get to know you” a bit better. Can you tell us a bit about your ‘backstory’ and how you got started?

Monolith AI was founded from my PhD at Imperial College London and my research work on surrogate models of space launches for NASA’s Space Launch System (which will carry humans to Mars in the mid-2030s). It made me realise that there was a gap in the engineering and computational design market and I decided to move into entrepreneurship.

My vision for Monolith was to create a platform that was like Jarvis from the Iron Man comics and movies — I wanted to create a voice assistant for engineers. Then reality hit — engineers work in noisy environments and many also don’t like talking.

We prototyped a voice assistant but nobody needs another voice assistant, so the whole Jarvis/Siri/Alexa equivalent for engineering proved to be dumb.

I supposed the lesson is that at least there was no doubt, it was clear to us that this is a dead end. So, try to be disruptive but don’t be afraid to mess up. Develop, fail, learn, repeat.

Another funny mistake was when we went on-site to a racecar client, we were surrounded by amazingly fast cars, some ready for track testing and others in many stages of being assembled. Our client took us to their F1 simulator, an amazing room with a 180 degree projector and actual F1 cockpit.

They said, “Let’s get you in the F1 cockpit and then you can select a track to race, What’s your favourite? Spa-Francorchamps? Silverstone?”

I stared at him in stunned silence… I have never watched motorsports. In hindsight, for our next motorsports client, I’ll watch some races beforehand to be confident if asked. So, the lesson would be to always do some research, even if it is cursory.

I am actually grateful to a lot of people who have gotten me to where I am right now. Investors who believed in my early vision when I had only complicated matlab codes to show, early employees who could see the future even though there was not a lot there at the beginning and gave it their all to make it a reality. I think if I had to pick one person, I would pick our CTO Saravanan. He was just in a modest position of software developer and then quickly showed that there is no software he cannot build.

Energy transformation means all engineering industries need to fundamentally change the way they work and fast. We are not fast enough.

I have always wanted to build world-transforming tech that could help develop new products with immense ease! The purpose was simple — empower engineering teams to rapidly reach design decisions with fewer physical tests and simulations.

The other purpose is to help tackle climate change by enabling engineers to minimize reliance of designs on plastic but provide the same/expected durability.

Thank you for all that. Let’s now turn to the main focus of our discussion. Can you tell our readers a bit about what your business does? How do you help people?

Monolith AI is the leading engineering AI software company. We have created an AI platform that utilises the latest in machine learning to help design and engineering teams significantly improve the product development process.

Monolith AI enables companies to monetise their CAD, simulation, and test data, using it to predict the behaviour of designs without performing new simulations or physical tests. Companies can optimise their R&D processes, increase their agility, and delight their customers by reducing internal costs, delivering better products to market faster and increasing their sales.

In simpler terms, think about how long does it take to build an aircraft? From concept to prototype to safety testing? It’s a long time. With Monolith, manufacturers are producing products like airplanes to soap dispensers faster than ever before.

If you remember at the beginning of the COVID19 lockdowns, public transport, restaurants, every business, everywhere started putting anti-viral dispensers. Some would squirt across the room, others would drop a small amount of it and some leaked. Most of those dispensers weren’t designed for the viscosity of the fluid they were carrying. With Monolith updating a product for such a change takes seconds instead of months.

Which technological innovation has encroached or disrupted your industry? Can you explain why this has been disruptive?

Around two years ago working with data in the cloud as an engineering company was a strict No-no. Now? Everybody has realised the benefits outweigh the risks massively, or rather that there is no other way to become and continue being an international company.

Take Digital Twins as an example, a Digital Twin is a virtual representation of an object or process that spans its lifecycle. The twin is updated from real-time data, and uses simulation, machine learning and reasoning to help decision-making. Without the acceptance and growth of cloud engineering computing, tech like this would not be possible.

What did you do to pivot as a result of this disruption?

We focused a lot more on developing collaboration features so that teams could work better and rely less on sharing data via email or other means. We also stopped developing our on-premise desktop software and migrated completely into the cloud on AWS.

Was there a specific “Aha moment” that gave you the idea to start this new path? If yes, we’d love to hear the story.

We started off with a project with McLaren and they are a super compact company. I mean, all their R&D is in one location in a spectacularly pretty HQ in Woking. When we started working with bigger companies, e.g. Honda, we quickly realized that their engineering was internationally distributed over US, Japan and Germany. The same holds true for many others. This realization coupled with the start of COVID19 lockdowns, meant collaboration features and having our product cloud hosted was the future.

So, how are things going with this new direction?

COVID19 and its impact on global society changed the game and accelerated this direction for us. I feel like the industry evolved in 5 months what would have normally taken 5 years. All those naysayers had to work from home on the cloud all of a sudden.

Can you share the most interesting story that happened to you since you started this pivot?

One of our customers creates packaging products. They started using Monolith to build apps to accelerate their workflow and also an online marketplace for their own customers. Imagine shopping for technical equipment where an AI helps you with what you want to buy from an engineering perspective. Now that’s awesome.

What would you say is the most critical role of a leader during a disruptive period?

A leader should be willing to throw all of their plans out of the window. Take a white sheet of paper and start from scratch. It’s hard, but it helps to formulate a concrete strategy and then put all energy and optimism into its execution.

You also have to be the glue that binds different departmental thoughts/actions together to go in the same direction.

The main thing I can say is to keep the organisation agile — Plan short sprints, fail fast, iterate fast.

Regard everything as an opportunity. In COVID19 lockdowns, there were so many opportunities to reach our target audiences, via different channels — for example, instead of phone calls, we could use LinkedIn.

Can you share 3 or 4 of the most common mistakes you have seen other businesses make when faced with a disruptive technology? What should one keep in mind to avoid that?

Ok. Thank you. Here is the primary question of our discussion. Based on your experience and success, what are the five most important things a business leader should do to pivot and stay relevant in the face of disruptive technologies? Please share a story or an example for each.