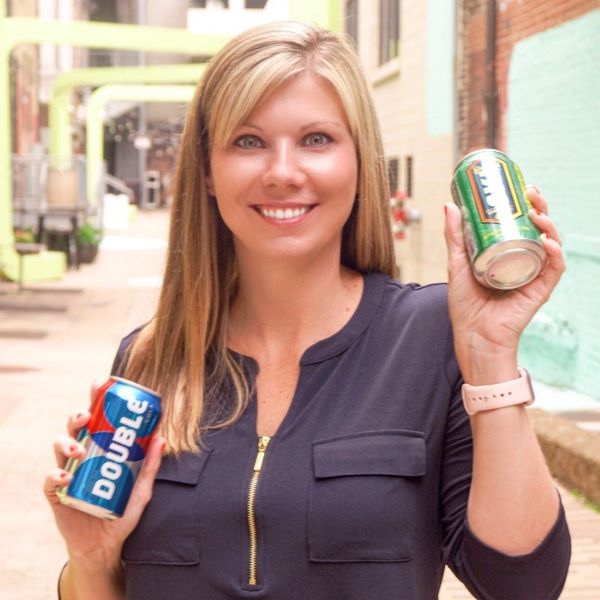 We Spoke to Gina Dhanani of The Double Cola Company

As a part of our interview series called “Women Of The C-Suite,”  we had the pleasure of interviewing Gina Dhanani.

Gina Dhanani serves as the Chief Operating Officer and Chief Marketing Officer at The Double Cola Company, a 99-year-old family-owned beverage business with a distribution reach across much of the United States and 17 countries worldwide.

Historically, my passion was in the marketing field. I love the challenge of creating a product, developing its story, and watching it grow. I first began working at Double Cola, a 99-year-old family-owned business, as a Marketing Manager and eventually worked my way to the Marketing Director position. At that point, I became involved in the sales side of the operation. The more I learned about the company, the more I wanted to help grow it. I love a challenge, so as challenges arose, I found myself wanting to find solutions. Over the years, I began taking on more responsibilities and eventually moved to Vice President of the company. After a few more years — and assuming more responsibilities — I became Chief Operating Officer. Considering my love of marketing, I chose to also remain Chief Marketing Officer. Much of the business now falls under my purview while my husband, Alnoor, serves as President of The Double Cola Company. Though he’s semi-retired, he still manages our international business interests.

When I first became COO several years ago, my husband and I visited with a customer for some negotiations. I was very involved in the conversation since I stay up-to-date on trends and developments in the beverage industry. We wrapped up the negotiations, and as we were leaving, one of the men we were meeting with turned to me and said, “I didn’t realize you were so smart.” It was an eye-opener for me. I kindly told him that I was the “brains” behind the operation, and my husband was the beauty.

This isn’t “funny” necessarily — or from the early days of my career. But it’s a good story that I learned a lot from and that others can, too. When we launched our first alcoholic beverage, BREWSKI, it didn’t receive the response we were expecting. It was very well-received in some markets, but our diehard Ski Citrus Soda fans were essentially expecting an alcoholic Ski. Instead of saying, “You are wrong, this is a great product,” or disregarding our fans, we said, “We’re listening to you. Let’s see what we can do to make the product you’re looking for.” So we totally scrapped our original pilsners and developed an entirely new product. It’s a kolsch beer blended with our Ski soda, and it tastes delicious. Our Ski drinkers were thrilled, and we’re so glad we were able to take their feedback and turn it into a product that works for all of us.

My husband has always been my mentor and my biggest cheerleader. Anytime I have doubts about my abilities, he’s there to encourage me and remind me of how well I’ve done.

In my work, I often talk about how to release and relieve stress. As a busy leader, what do you do to prepare your mind and body before a stressful or high stakes meeting, talk, or decision? Can you share a story or some examples?

I would like to think I’m strategic about these things. Preparing in advance lessens the stress for tough situations. For difficult conversations, I like to mentally think about my desired outcome, as well as the other person’s desired outcome, and write it down on paper. I think through what the other person’s potential pain points might be and how to consciously address those. I also think about points I’m willing to compromise on. Last, just before I go into a meeting or hop on a call, I spend a few minutes to take deep breaths, meditate, and clear my head of distractions.

Having a diverse team helps to avoid tunnel vision. It brings different trains of thought, perspectives, and experiences to the organization. You want your team to have different points of view so that you’re able to think outside of the box to find solutions.

A truly thriving society has to have inclusivity and equity as key pillars. And given our long history of underperforming in those regards, we simply have to be conscious and intentional about our decisions. Most of our blind spots exist because of subconscious biases that are inherent in our world-views. As a leader, it is imperative that I continuously challenge myself to intentionally seek a broader perspective. It takes a proactive approach to achieve this, but progress has never been gained without a proactive spirit.

My days are spent primarily in top-level strategic thinking and planning efforts. As COO and CMO, I am charged with setting the vision, mission, and culture for Double Cola and making sure that we’re reaching our goals. For us to grow as a company, each member of our team has to deliver on their own responsibilities, and I manage those individual team members to help them perform their best while also making sure they’re feeling fulfilled and elevating their own careers. That’s the biggest difference for executives. Our eyes are trained on the macro view of the business, but we’re also involved in the micro deliverables and efforts. We have to consistently be analyzing the performance of our employees and making appropriate tweaks when needed so the entire business can succeed.

Many people, when they’re mapping out their careers, tend to think of a C-level position as a professional destination of sorts. But it’s really just the beginning of a new phase of an executive’s career. I’m glad I had the chance to learn so much about The Double Cola Company by working my way up to my current positions. I needed all those experiences, and I draw from them every day as I lead the business. But, being named COO/CMO didn’t serve as the capstone for my career. It’s a new chapter in the journey.

In your opinion, what are the biggest challenges faced by women executives that aren’t typically faced by their male counterparts?

First of all, I never thought I would be running the company when I started at Double Cola 17 years ago. I think that if you told me nearly two decades ago that I’d be where I am now, I would have been shocked. So, I never really spent much time thinking about what it would be like when I’d be in charge. Rather than jockeying for advancement, I committed myself to learning my roles along the way and being as proficient as I could be at them. I’m glad that was my approach because now that I’m running much of the business, my knowledge of the inner workings of the company proves valuable on a daily basis.

Certainly, not everyone is cut out to be an executive. In your opinion, which specific traits increase the likelihood that a person will be a successful executive and what type of person should avoid aspiring to be an executive? Can you explain what you mean?

Confidence is an absolute “must” for an executive. You also have to be willing to listen to other people’s ideas and accept that theirs might be better than your original thoughts. The best executives are also great motivators since their vision is achieved by the efforts of their team. And, of course, perseverance. Leading a business isn’t all rainbows and unicorns. It’s a tough gig, and though there are plenty of great moments, there are also roadblocks galore out there that have to be navigated. An optimistic spirit of perseverance is imperative.

People who aren’t cut out to be executives tend to be afraid to take calculated risks, are people who don’t learn from past mistakes, and think they always have the answer.

What advice would you give to other women leaders to help their team to thrive?

Set a culture that excites you and your team to show up. Celebrate wins as a team, and learn from past mistakes. Also, don’t be scared to seek out a mentor or two. Learning from people — especially fellow women — who’ve fought similar battles is priceless.

Part of being a leader is being involved in and taking an interest in your community. I serve on several boards and committees, and as a company, we encourage our team to do the same. We have a quarterly volunteer day where, as a team, we volunteer at a local non-profit. We’ve helped build houses, pulled weeds in a bio-retention water basin, cleaned classrooms, as well as many other things.

What are your “5 Things I Wish Someone Told Me Before I Started” and why?

Equity for women in the workplace. We, as a society, are leaving so much on the table by failing to address gender inequities. It’s up to us to do what we can in the spaces we have influence to right these wrongs. Though our individual efforts may not seem like much, if we add them all up, we can collectively push big changes.

Jamie Kern Lima, the founder of IT Cosmetics. I love the story of how she conceptualized her business idea to solve a problem.