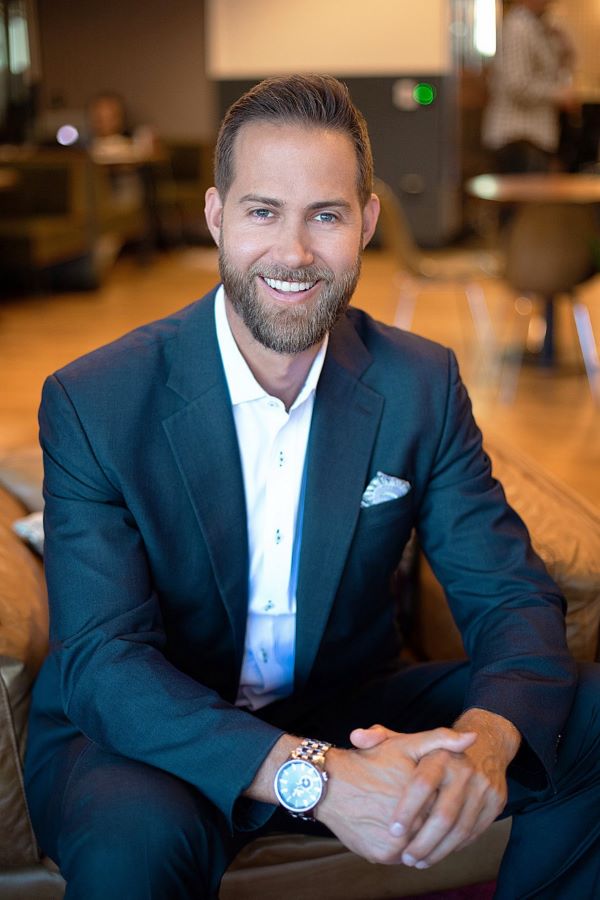 As part of my series about the “Five Things You Need To Be A Highly Effective Leader During Turbulent Times,” I had the pleasure of interviewing Jason Peterson, Chairman of GoDigital Media Group (godigitalmg.com).

Five years ago, the music industry was the weak link in the entertainment industry, with revenues down over 50 percent. Peterson wondered where all the revenue went, since people were actually listening to more music, not less. While others spoke in apocalyptic terms about the music industry, Peterson knew that it could all be turned around, especially for the artist, and created a system.

Peterson has been a major force in changing the way music is marketed, consumed and distributed around the world. The music industry is booming once again! Artists signed or catalogs acquired by Peterson include Janet Jackson, T.I., Master P, Jason Derulo and Daddy Yankee. He’s produced dozens of major music videos that have won “Video of the Year” at the Gospel Music Awards, MTV Latin Video Music Awards as well as “Best Directorial Debut” at the MVPA awards. Most recently, he co-produced the video for Janet Jackson and Daddy Yankee’s “Made for Now.”

Peterson’s Adshare was one of the first companies to monetize music videos on YouTube, giving artists what amounts to an annuity for life. GoDigital Media Group invests in music as intellectual property, making music catalogs an ever more popular alternative investment. Cinq Music now leverages social media in ways never thought possible to unite fans and globalize artists of all genres.

Peterson was named Billboard’s top 100 POWER PLAYERS for 2018, Media Play News Magazine’s Top 40 under 40, the youngest producer to get a film accepted into Sundance, attended USC (Film Business) and obtained his law degree from Pepperdine University.

Thank you so much for your time! I know that you are a very busy person. Our readers would love to “get to know you” a bit better. Can you tell us a bit about your “backstory” and how you got started?

I grew up in Santa Barbara, CA and have always been both left and right brained, good in school and interested in the arts. In grade school I tried my hand at playing music but I knew my potential was limited the day a friend sat down at the piano and played and sang the entirety of ‘Walking in Memphis’ by Marc Cohn after hearing it once on the radio. That’s a gift I don’t have. Then I tried my hand at directing a forty five minute action film in high school — which is very ambitious for a bunch of 17-year old’s. It was pre-9/11 and we broke more laws than can be counted including breaking into an unmanned broadcast facility on top of the mountain in full fatigues carrying replica assault rifles. Many thanks to my dad for supporting the legal parts of the effort.

On the back of this experience I decided to go to the University of Southern California (USC) for business and film school. There I had the same experience I had with music — tons of talented creatives and no one to handle their business. Therein I found my niche: providing creative people with the business partner they need to be successful.

In 2001 at USC as part of a business school project I developed a forecast for the paradigm shift from physical goods like DVD’s and CD’s to digital goods. Then in 2002 I went on to produce a full-length music centric narrative feature film titled “The Beat” with Scott Speer and Ryan Seashore that premiered at Sundance in January 2003. It was kind of like an independent ‘8 Mile’ with Coolio and Brian McKnight and a bunch of developing artists. Scott Speer was really a director and The Beat got our foot in the door producing and directing music videos for all of the major and independent labels, respectively. In 2004 I went to law school at Pepperdine. In 2005, while at Pepperdine, Ryan Seashore introduced me to Master P who was at the time one of the “big 3” rap moguls alongside Sean “P-Diddy” Combs and Jay-Z. Master P showed up for a meeting at Jerry’s Famous Deli in Westwood with no grill, no chains, no entourage, looking like a normal person. He turned off his Blackberry on Suge Knight and listened to me talk for two hours. Master P gave me a five year worldwide exclusive deal to do all his digital distribution. I had nothing, just an idea. I called Bruno Ybarra at Apple the next day and got a deal with iTunes so Apple would have Master P’s music. That was the genesis of GoDigital and the rest is history.

Can you share a story about the funniest mistake you made when you were first starting? Can you tell us what lessons or “take-aways” you learned from that?

I was invited to Gwanju in South Korea for the Asian Content Expo. The government of South Korea paid for the entire trip. I was one of only a handful of westerners there. The South Korean’s love their pomp and circumstance so they had a large luncheon with the mayor, city council, congressmen equivalents, and other dignitaries. We were all sitting at 10-person round tables in a large conference room. A few hundred of us. I was at one of the front tables. There was an empty seat across from me. Next to which was a gentleman with a name card that said in English “President, China Central Television (CCTV)”, the largest television network in the world. He had a translator. So during dessert I moved to the vacant seat next to the President of CCTV and attempted to introduce myself. The first mistake I made was, I assumed his translator would speak English. She was in fact a Mandarin-Korean translator. The second mistake became clear when this kind Chinese executive spoke enough English to tell me we had met in Cannes, France and I didn’t remember him.

My take-away from this was I never say ‘nice to meet you’ I always say ‘nice to see you’ to never give away if I remember someone or not.

My parents. My dad is an engineer by trade but an entrepreneur by vocation and he supported me every step of the way through school and into starting GoDigital.

Originally, we started because I saw a market opportunity as physical goods gave way to digital goods. But as the company matured and became bigger than me the management team established a mission that is to ‘inspire happiness by sharing creativity.” This was a beautiful moment for me because I believe life is all about how we feel and to have a mission statement that addresses delivering happiness aligns wonderfully.

Most of 2020 has been a difficult and uncertain time from COVID shutdowns to Black Lives Matter and the ensuing riots to an incredibly divisive election. To address this external environment internally in our organization, which is incredibly diverse and global, we talk a lot about values of thoughtfulness, conscientiousness, fairness, meritocracy and inclusivity. Being so isolated and divided as a nation makes it harder to connect. Harder to be empathetic. Where you work, who your friends are, and your family encompasses your reality. We’ve provided a link where people can anonymously share their questions, comments, fears and concerns and we do our best to address them in a manner consistent with the organization’s articulated values.

I do everything in my power to maintain my potential energy, which is a physics concept. This comes in many forms starting with personal health and maintaining how I feel and extends outwards through how I set up my life, the company management team, estate plan, etc. We are all traumatized by this experience we call life, the most important thing anyone can do for themselves is get into Image Transformation, Eye Movement Desensitization and Reprogramming, or Breathwork type therapies to identify and metabolize stored fear based holding patterns. This liberates us to be rational and make the decisions we want to make and not be controlled by our negative emotions.

Creating and maintaining an environment of trust. Without trust people have difficulty acting and decision making breaks down.

Connect on a human level, let people know you care, and focus on happiness as a feeling state and pursue that. The inputs are different from person to person.

People are biologically programmed to be happy when reality exceeds expectations and unhappy when it falls below. Therefore, the secret is setting the right expectations early and often. But when difficult news has to be shared that falls below expectations, if we can characterize it as separate and apart from someone’s core attributes then at least it does not attack their identity and hopefully doesn’t put them on the defensive.

Identify all plausible known risks and hedge for them. Build durability and diversity into the team. Build the org chart in triangles: have 3 people that can do any 1 person’s job.

It’s all about the people and how they feel.

Generating new business, increasing your profits or at least maintaining your financial stability can be challenging during good times, even more so during turbulent times. Can you share some of the strategies you use to keep forging ahead and not lose growth traction during a difficult economy?

We are an asset-based business. We purchase and manage music intellectual property and we are vertically integrated to be able to maximize the revenues resulting from the IP. Building an asset based business is much less risky than a purely customer based business such as services.

Can you please give us your favorite “Life Lesson Quote?” Can you share how that was relevant to you in your life?

“It’s all about how you feel”. This applies to any context you can think of. Try it out. Drop that sentence into any context and see how it works. 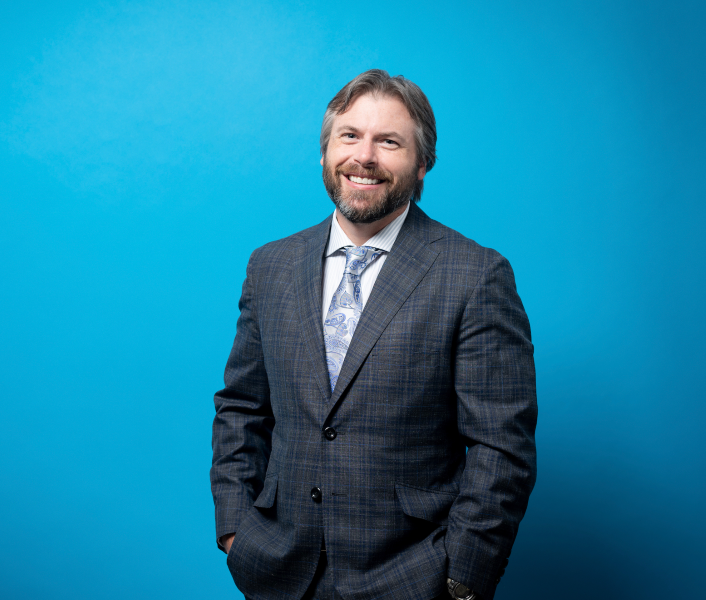 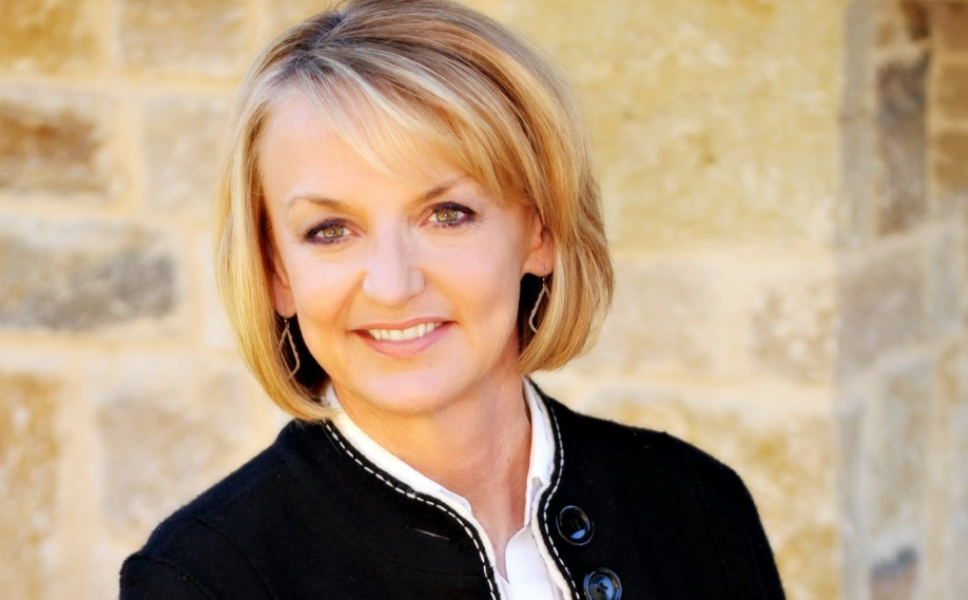 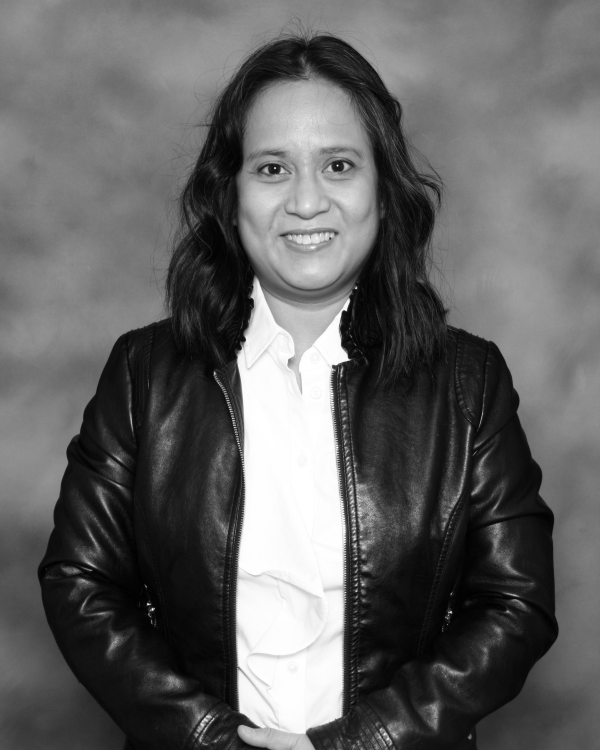 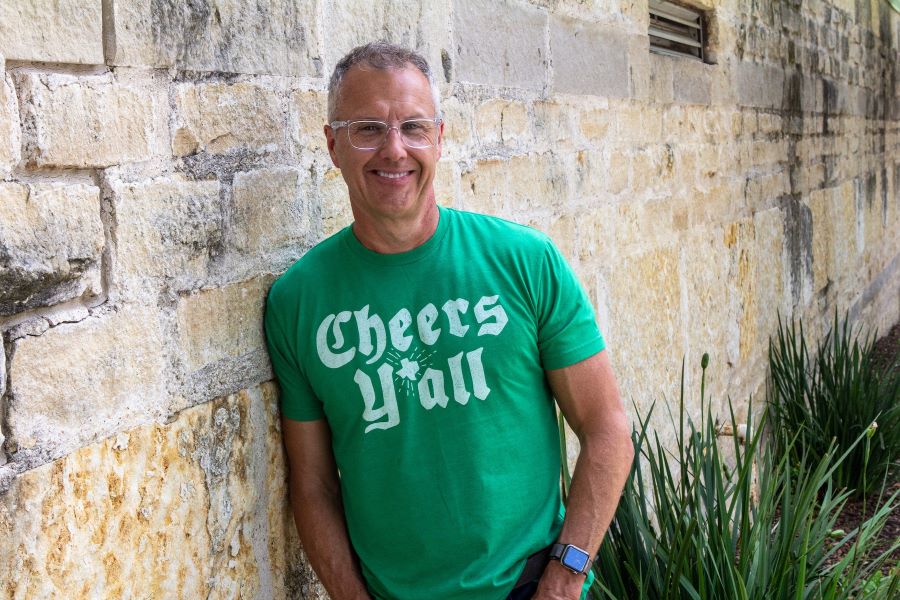