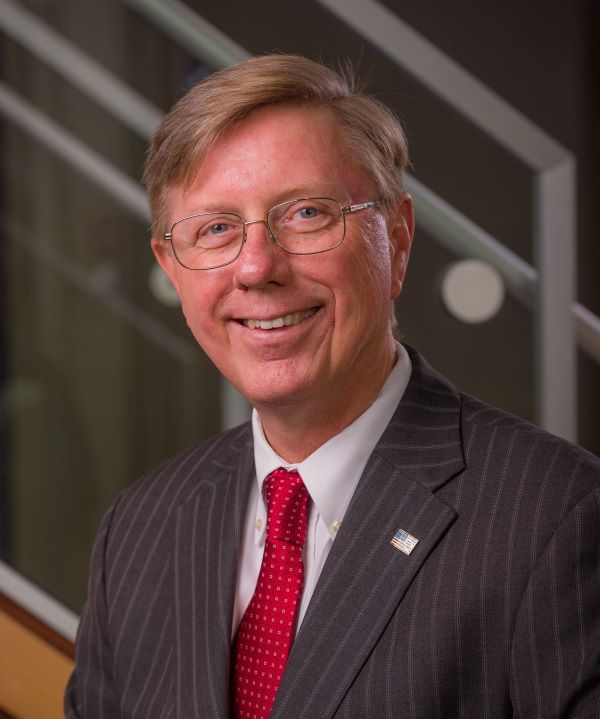 We Spoke to Rick Parks of Society Insurance

As part of our series called “5 Things I Wish Someone Told Me Before I Began Leading My Company” I had the pleasure of interviewing Rick Parks.

Rick Parks is the president and chief executive officer of Society Insurance. He facilitates setting the culture, mission and vision of Society, and works with the management team and employees to achieve the organization’s goals. His background has given him expertise in claims management, information technology, sales and marketing, human resources, investments and insurance financial accounting.

Thank you so much for joining us in this interview series. Before we dive into our discussion, our readers would love to “get to know you” a bit better. Can you share with us the backstory about what brought you to your specific career path?

Insurance has historically been an industry that people “stumbled into” rather than one that was part of a career planning process. I entered the industry after a failed effort to get into banking. Being newly married and needing a job, I took the first one that came along as an underwriter trainee. Almost surprisingly to me, I quickly found insurance fascinating and personally fulfilling. Because I loved the work, I’ve consistently made myself available to take on new and more challenging things in our business. Increased responsibilities eventually came.

Can you share the most interesting story that happened to you since you started your career?

I always smile when I think about the time I was mistaken for Bill Gates by a fellow in a cowboy hat who’d had a few too many drinks at Tootsie’s Bar in Nashville while I was traveling on business. We posed for many photos, and he was thrilled to have met Bill. While I have always found my work interesting, you remember things like that!

Can you please give us your favorite “Life Lesson Quote”? Do you have a story about how that was relevant in your life?

At this point in my life and career, I think of the words of St. Paul in his letter to Timothy, “I have fought the good fight. I have finished my course. I have kept the faith.” This rings true to me because the most meaningful accomplishments in your life or career are not an event, they are a journey. The ability to persevere may be more important than the ability to create.

Is there a particular book that made a significant impact on your leadership style? Can you share a story or an example of that?

Dale Carnegie’s classic book “How to Win Friends and Influence People” has a lot of wisdom, even though it was published in 1936 and the title sounds horribly self-serving. One point Carnegie makes in this book is that the sound of anyone’s name is the sweetest sound that they hear. That inspired me to learn and remember the name of everyone I come into contact with, and to address them by name when we meet. It’s amazing what this simple courtesy can do with your relationships and interactions. As a leader, it reinforces that everyone is important. They all have a name, a story, and a gift that can be shared.

We do the right thing, even when it hurts. Some years ago, we launched a technology conversion that didn’t go as planned. It caused extra work for the independent insurance agents who are our most important business partners. Initially, that had a negative impact on our company, but we directly apologized to them, put a fix in place and gave them the opportunity to earn additional commission income if they maintained their business with us. It added cost on top of the cost to make the technology fix, but it was the right thing to do. In the long run that paid for itself many times over.

The road to success is hard and requires tremendous dedication. This question is obviously a big one, but what advice would you give to a young person who aspires to follow in your footsteps and emulate your success?

Love what you do, learn all you can and be the most helpful person in the organization. Success will find you if you do that, you won’t need to look for it. And even better, you’ll enjoy the ride.

Often leaders are asked to share the best advice they received. But let’s reverse the question. Can you share a story about advice you’ve received that you now wish you never followed?

At one point in my career an ownership change at the company I worked for resulted in a profound change in how the organization treated people. As a leader I was encouraged, and in fact directed, to set aside people’s concerns in favor of producing results. It turned out that I could operate effectively in that environment, but it wasn’t a fit for my values. I left that company but wished I had done it sooner.

Ok, thank you for that. Let’s now jump to the primary focus of our interview. Most of our readers — in fact, most people — think they have a pretty good idea of what a C-Suite executive does. But in just a few words can you explain what a C-Level executive does that is different from the responsibilities of other leaders?

Before I took on a CEO role, I was almost amused when I’d hear someone say that the most important responsibility for a top leader is to facilitate developing — and then maintaining — the culture of the organization. It sounded positively trite. In truth, it is the most important thing you do as a CEO and the one thing that is unique to the role. It requires constantly listening to all of your stakeholders, making adjustments when you get off track and then communicating back to everyone.

What are the most common leadership mistakes you have seen C-Suite leaders make when they start leading a new team? What can be done to avoid those errors?

One has to have the patience to get to know their team and understand what makes them special before you begin to introduce change. Most teams were operating effectively before you were given the opportunity to lead them. If you understand and honor their strengths, it’s far easier to bring in a few new ideas for how the team can improve.

Ok super. Here is the main question of our interview. What are your “5 Things I Wish Someone Told Me Before I Began Leading From the C-Suite”? Please share a story or an example for each.

In your opinion, what are a few ways that executives can help to create a fantastic work culture? Can you share a story or an example?

The need to listen to people and honor their perspectives is a key to creating a great work environment. I’ll take that one step further to suggest the impact of is magnified when you do it at all levels of the organization. You need to be just as engaged with an intern or someone who does building maintenance as you are with the executives. Showing that level of respect to everyone makes a huge impact.

If we would all just consistently, and genuinely, ask those who cross our path “how can I help you?” it would make an amazing difference in the world.