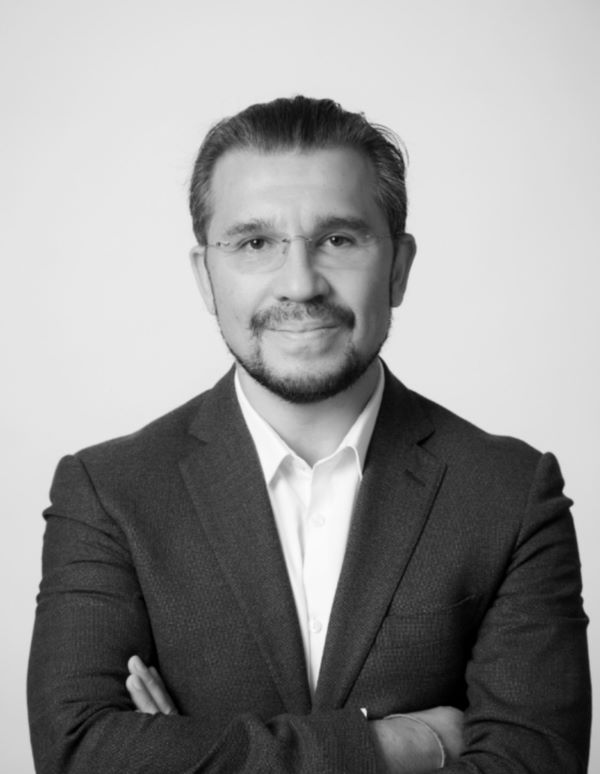 I had a pleasure interviewing Victor Orlovski. He has more than 20 years of experience in international finance and banking. He is also a founder and angel investor in many startups in financial technology, social networking, crowdfunding and the sharing economy.

As Chief Transformation Officer at Alfa Bank, Orlovski introduced an entirely new business model and technology solution. He was also a partner at IBM Global Business Services where he oversaw the Finance and Insurance practice. As Chief Technology Officer and Chief Digital Officer of Sberbank, Orlovski led a team that transformed Russia’s largest bank from a traditional 20th century institution into a nimble, digital and customer-centric financial institution.

Early in my career, I was country CTO in Russia working for a global bank. It was in 1998 (I was 24 years old at the time). The bank I worked for didn’t pass the regulatory audit on compliance with Russian banking regulation. The bank used its international platform, supported by HQ, and we in the local branch had almost no capabilities to change anything in the system. The HQ came to the conclusion that the bank would never comply with the local regulation as this would cost them over $1 billion to make the system fully compliant. The bank decided to shut down its Russian business, which would mean a big loss of opportunities raising that time in Russia.

My boss (the CEO for that country) asked me, “What can we do?” I proposed we implement a local platform which was fully compliant and then fully integrate it with the home-built platform so we would comply with both standards — HQ and local. The cost of this project was only $10 million, but it needed to be implemented before the end of the year, and we had only seven months left. He flew to the HQ and convinced the board to approve this project.

I was entrusted with full responsibility to run it and I got all the support I needed from the team. The vendor we approached told us that they never implemented their platform in less than 12 months and we only had six months to go. Our project was more complex than anything this vendor had accomplished before, and there were a lot of integrations to be done.

Just before the end of the year, we pressed a button and had our first business day with the new platform on Jan. 1, 1999. Nobody believed that it could work, but it did. Of course, we had a lot of issues for the next few months, as the platform wasn’t stable or very efficient. But we successfully passed an audit and were fully compliant. The same year we had an internal audit from our HQs. They asked us to report all the issues we had with the new platform. We told them the truth: that there were a lot of low and medium priority issues remaining and showed them the plan to eliminate these issues. But since audit wasn’t engaged in the business decisions and they never saw this system before, they were very formal and used their regular score cards to judge the platform’s efficiency. As a result, we got a very bad score. I was made responsible for these issues and ended up one step away from being fired.

My boss was a strong advocate for me, telling the decision-makers that I saved the entire company, but no one was listening to him.

I was upset with this situation and left the company. The takeaway for me was straightforward — I should never work in a company which places formalities over business priorities. I could have come with a different takeaway, though — Don’t be too innovative, and watch your back when you are making risky decisions. But this wouldn’t be me if that was the lesson I got from that experience.

Is there a particular book that you read, or podcast you listened to that really helped you in your career? Can you explain?

Three books come to mind: The 7 Habits of Highly Effective People, The Beginning of Infinity: Explanations That Transform the World, and The Willpower Instinct: How Self-Control Works, Why It Matters, and What You Can Do to Get More of It.

These books shaped my understanding in three areas: how to improve myself, how to better work with others and how to make an impact with your life.

Are you working on any exciting new projects now at Fort Ross Ventures ? How do you think that will help people?

At Fort Ross Ventures, I’m building my own startup for the first time in my life. My goal is to build one of the best VC firms in the world. Everyday I meet people who shape this world in many different ways, and it’s thrilling to help them do that.

Thank you for that. Let’s now shift to the central focus of our discussion. Extensive research suggests that “purpose driven businesses” are more successful in many areas. When you started your company, what was your vision, your purpose?

The purpose of the business I started was to build the bridge between highly innovative but small startups and large businesses — and also between US and Russia — providing access to the products and services developed by startups we invested in to millions of consumers we have access to. We wanted the large companies to be more efficient in their businesses so they can have greater impact on their customers and the planet.

Do you have a “number one principle” that guides you through the ups and downs of running a business?

Never judge on the last thing that happened to your business. Don’t be scared of uncertainty, trust that if you try hard and experiment, you will get to where you want to be. Set truly ambitious goals.

Lead generation is one of the most important aspects of any business. Can you share some of the strategies you use to generate good, qualified leads?

If a fellow CEO would ask you for advice about whether to bootstrap or to look for VC capital, how would you help them weigh the pros and cons of that decision?

VC support is not only about money and connections or smart advice. If you got smart people to believe in you and your idea by investing in you, this probably means some other smart people share your ideas and vision. You might be wrong thinking that your idea is great. They could also be wrong. But if you are aligned, the chances you are right get higher.

What measure do you use to determine the value of a company? What advice would you give to other leaders about how to get an optimal evaluation of their business?

There are basically two ways to measure your success: to evaluate your past, or to project and predict your future. More and more, investors are focused on who you could become rather than who you are right now.

My advice? Sell the future, not the past.

What would you advise to a founder who initially went through years of successive growth, but has now reached a standstill. From your experience do you have any general advice about how to boost growth and “restart their engines”?

Disrupt yourself constantly — keep looking, don’t settle (a la Steve Jobs). This is the most difficult thing to do. Start with the culture in your organization: If you are stuck, there is something wrong with the culture.

What are the most common finance mistakes you have seen other businesses make? What should one keep in mind to avoid that?

They say, “I will discover later how to make money on what I’m doing now. Monetization, EBITDA and positive unit economics will come with scale, and we shouldn’t be looking for them now.” This is a common mistake; you should have a good idea how to achieve those things and test them constantly even if reaching them is far from where you are now.

Ok, here is the main question of our discussion. Based on your experience and success, what are the five most important things one should know in order to succeed in the modern finance industry? Please share a story or an example for each.

The first and most important thing you should know is how are you going to make money on the customer base you paid for. Many fintech startups succeed in gaining a large customer base and great market cap, but not many discover how to make a good LTV/CAC ratio, create lifetime value and achieve profitability.

The second thing is to discover a unique competitive advantage that would be hard to break. In the finance sector, consumers were historically sticky and loyal to their banks until challenger banks came on the scene. Loyalty is hard to build and even harder to break. But once broken, it is increasingly hard to build again, so once they learn how to switch to other banks, consumers won’t stop changing to a better or cheaper alternative.

Third is to cope with the dilemma to become a fully licensed bank or stay unlicensed. A license can kill your identity and competitive advantage to act fast, but I do believe it’s the only way to make money long term. Financial institutions are two-sided marketplaces of money, which is the essence of a bank’s business, but to become a marketplace, one should acquire a license — even if it means losing velocity.

The fourth thing is being a truly global player: Banking is a hyperlocal business with regulatory barriers that can also be hyperlocal, and to become a truly global FI player is a huge challenge

Last and not least, the tech giants (Alibaba, Amazon, Google and Facebook) are just a step away from entering into full scale banking, with some of them already testing the waters. When they come full speed into this space, it will become a huge challenge for both old-timers and newcomers.

When I was with Sberbank (the largest Russian bank and one of top 15 global banks), I thrived and then burned out. At some point in time, I lost my purpose. I was working 16 hours a day, six or seven days a week in an extremely stressful environment. Eventually, I stepped away from my CTO position but blamed others for this.

After years passed, I could tell that this was not because of others, this was me. I didn’t make the right decisions on my team, I wasn’t surrounded by people I could have trusted and I couldn’t embed the purpose in the DNA of my team. The team was scared and depressed instead of being inspired and productive.

I would open the borders of every country regardless of the nationality and geography and would allow people to travel freely and let them live where they want. I would put human interests above those of nations or countries. I truly believe that a free float of talent is the most important thing for the world’s progress. We overestimate the risks of such openness and greatly underestimate the potential for positive impact.